One of the ‘sacred cows’ of no speak, no tell is that of sodomy, bestiality and pedophilia within the ranks of  Elite, Political and Royal households. These areas are so indefensible as to bring fear of exposure to a nuclear level. Having a compliant and grovelling media circus keeping silent is very much an essential front line defence.

Yet criminality no matter how well executed or guarded will always break its own defences and spill out into public awareness. That it might be seen to be the ‘breaking of the dam’ moment, contains one huge remaining hurdle, no matter how truth is slipped into the collective consciousness.

It is that most people are inured into believing their Royals, politicians and celebrities are sacred, untouchable. The asset of royalty far outweighs any sins committed. Brainwashed to believe “they would never do such things” is an easy Pass Go and collect the billions ticket. Equally, elite money and mafia-style connectivity will silence any front daring to incriminate this element of hierarchy. In itself a torrid weather vane as to the divisive allowance our society has been fractured into.

There have always been ‘whistleblowers’ on these topics, yet so many never live to tell their story. Infamously Diana, Princess of Wales was unceremoniously and very publicity executed before she was able to explode the myth of royalty and its perversions. More recently the pathetic, pornographic figure of  Jeffrey Epstein

has been found to neatly self suicide within a high security compound lacking the very basics of high security at the time. His black book, naming names is, god knows, in whose possession.

Profanation and violation are part of the perversity of sex, which never will conform to liberal theories of benevolence. Every model of morally or politically correct sexual behavior will be subverted by nature’s daemonic law. 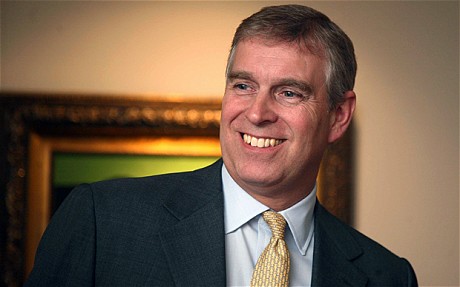 The Prince Andrew, whose torrid relationships carried on within his marriage to Sarah Ferguson, has now been implicated and very publicly associated as a ‘friend’ of the pedophile and criminal, Epstein. Enough concern is felt within Palace walls as to issue a statement, a much repressed action, rebutting these associations. It becomes laughable as to how this man could be so horrified at the exposures, when his association with such low life could suggest he was ignorant as to the true nature of his so called friend’s activities. Stupidity is a trait of royal blood, even though money tries hard to conceal these genetic leanings. This organ of news has been privy for a long time as to the prince’s shenanigan’s within his first marriage. Thus even greater pornographic goings ons behind closed doors comes as no surprise.

One rule for Royals, princes, elite and corporate aristocracy of any colour and another for the plebs and great unwashed. A greater example of divide and subjection is hard to find.

The downfall of the Pharaonic empire was due in large part to excessive inbreeding. The madness found through royal blood lines and the psychopathic traits so prevalent today in the ruling elites is the hotbed driving the sexualising, depravity and bestiality so encouraged through entertainment, film and internet. The attempted legalisation of under age pornography, through treating it as an illness defies the last tenuous barriers to resident evil’s rule.

Newly released FBI files quote: Lord Mountbatten was “a homosexual with a perversion for young boys”. So called war hero and valued mentor to his great nephew Prince Charles, counselled the future king on matters of the heart. The Earl and his wife Edwina has been described by one source as “persons of extremely low morals”. The Earl himself admitted that we – “spent all our married lives getting into other people’s beds”.

“We mute the realization of malevolence- which is too threatening to bear – by turning offenders into victims themselves and by describing their behavior as the result of forces beyond their control.”
Anna Salter

It is stated that Ron Perks, the Earl’s driver in Malta claimed, “Mountbatten had something of a fetish for uniforms — handsome young men in ­military uniforms and beautiful boys in school uniform”.

In a twist of fate, the IRA assassination of such a creature could be seen as karma in action.

The perversions and peccadilloes of the political, corporate and aristocracy are an ongoing ‘normality’. Have enough money, influence and power and all these are well hidden. Many victims who have attempted to blow open the deceits, have met early deaths, disappeared or otherwise silenced. The media for all its salacious leanings have been a bulwark covering up these things. Empire has been built on deception, used its knowledge through its security apparatus to blackmail, shut up and rub out revelations.

The depth, proclivity and desecration of the human spirit is only scratched by the relations in the Epstein case. Whether it brings down the British Royals is yet to be seen. If this does transpire it would be no bad thing, as this illegitimate blood line has itself usurped the true line. An Australian farmer will testify to his rightful position as King of England. However all these ‘niceties’ merely cover a far darker, more torrid story yet to be revealed.

As the general public in the UK remain determined to allow such travesties to be maintained, under the pretence of their being a life blood of tourism, pomp and circumstance, the loss of humanity’s equality and dignity is further projected. Slavery still lives, breathes and has its criminal existence under whatever latest guise is proffered.

During total subjection, abject subservience and denial of personal power, pornography and pedophilia will be the dress code of kings, queens and their elite’s power. Keeping truth from the masses merely postpones the inevitable revelation. Allowing religious powers to not only cohabit these foul halls as well as hypocritically condemn them is further proof of the virulent sickness of society. Damnation lauded in plain sight.

There are so many areas of wrongdoing surfacing and revealed. Yet the debasement of humanity through these bestialities maintains a strong a pillar of power over people within this crude and criminal arena. The importance of this exposure, encouraging innate good within us to be actioned through resisting these ways, may hopefully lead to the denouncing of such demonic evil. Only thus may we be able to save our children, their children and generations to come from a perversity pestilently prevailing today.