DT d .Kulikov-VZ-T.Sergeytsev [translated by Jonathan Trapman]
We are at war with the United States of America. It’s just that the United States is fighting with someone else’s hands, putting weapons in these hands and charging the leaders of the inhabitants of Ukraine with Russophobia as a sufficient motive to kill Russians.

This is how the Anglo-Saxons have always tried to do in their history – to fight with their opponent with someone else’s hands. This is the cornerstone principle of the Anglo-Saxon world.

In 2014, the United States ordered Poroshenko to bomb Donbass. Poroshenko fulfilled it.

So the USA attacked us, starting to kill Russians en masse. We defeated the American mercenaries near Ilovaisk and Debaltseve, forced them to a truce.

All these years, Biden has nurtured and nurtured the Poroshenko regime. When Biden came to power, active preparations began for a second attack on Donbass, and therefore on us.

“If a fight is inevitable, strike first.”

So we did. We began to advance, solving the problem of eliminating the deadly threat. It was impossible to delay any longer.

What is happening now in the informational and psychological environment of Ukraine is determined by the crimes of the Maidan and the genocide of the people of Donbass during those 8 years.

The Bandera-Nazi regime has its hands up to the elbows in the blood of the Russian people of Donbass. Not just the ringleaders. More than 400 thousand people were allowed to take part in the fighting in the Donbass.

All of them are bound by the blood of this war. Many of them committed war crimes and carried out criminal orders. They know about it. They are very afraid that they will have to answer.

The purpose of our operation is denazification – this means punishment for crimes, and the punishment is severe. There is no moratorium on the death penalty in the republics of Donbass.
But it is not only the ruling group, not only war criminals and war veterans that are afraid of retribution. In terrible fear of having to answer – up to half of the population of the territory called Ukraine.

Intellectuals, government officials, deputies of all levels, journalists, ordinary people over these 8 years, starting with the Maidan, have called many times for the destruction of Donbass and Russia, for the murder of Russians. They approved the burning of people in Odessa, the genocide in the Donbass. They boasted and dreamed about how they would burn Moscow, ride tanks on it and destroy the Kremlin. All this is available on the Internet and in the relevant criminal cases of investigative bodies of the Russian Federation and republics, investigative and operational cases of Russian and republican security agencies.

The Western masters told them: either you fight or the Russians will come and remind you of everything  you have done and execute everyone. Mass psychosis and mass entry into the ranks of the the defence of the inhabitants of Ukraine is motivated by a collective sense of guilt and fear of punishment. This is the phenomenon of the defence of Berlin in 1945 with the general mobilization of everyone, and even those unable to bear arms, to protect the Führer and the Reich Chancellery.

The main motive is to fight, because the Russians will come and destroy you, because they will not forgive us for everything we have done. All resistance is built on a sense of fear not only before the court, but also before their relatives and acquaintances, before whom all these years they have demonstrated their Ukrainianism, Banderism and hatred of Muscovites, separatist, collaborators and quilted jackets. This collective fear is the basis of today’s collective madness. In which the belief in acceptance into the EU, in a miracle weapon (Western sanctions) rides alongside the simultaneous horror that everything is gone and defeat is inevitable.

The United States and the West, like parasites,  are piggy backing on this. They promise weapons and push Ukrainians to mass death, for the glory and benefit of the United States. The Americans consider the death of Ukrainians with the maximum harm inflicted on us by the Russians as the next stage of their war against us, with the aim of destroying Russia and our civilisation.

We can seriously weaken the West and inflict a powerful defeat on it only by winning the battle on the territory of the former USSR. There is no more important task now for our army, for our state and for our people. It is important to be aware of this. 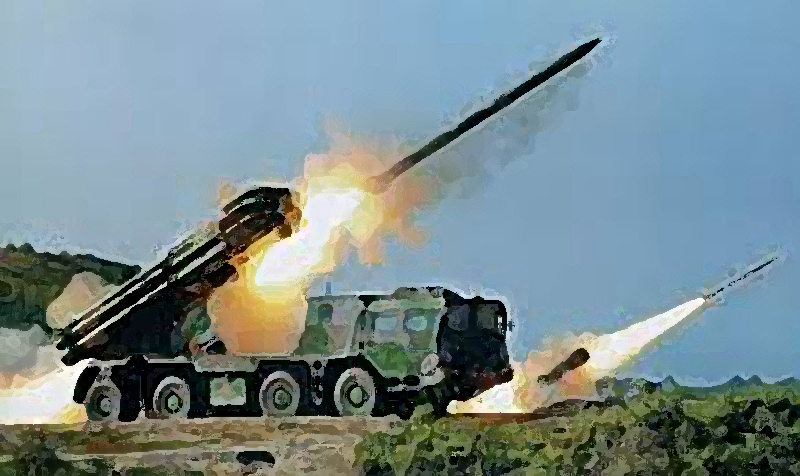 … and Moscow wants it known publicly

As I wrote in Russia As A Cat, Russia will continue to “eat chicken” at her own pace ignoring angry monologues from the “democratic world” and will continue extermination of unicorns and humanitarian terrorists in Idlib apace. The process continued today with new airstrikes against those “rebels”.

It is symptomatic, then, that Russia’s Ambassador to Syria gave this statement to TASS. I offer this news piece in full and wish to remind everyone, that Russia’s high level military and diplomatic figures DO NOT make statements off the wall. Those statements are always sanctioned from above:

“We are helping our Syrian partners to restore, modernizeand boost the efficiency of the integrated air defense system,” he said when asked how well Syria is protected against possible airstrikes by Western nations.

“Much is yet to be done because everything was in utter devastation, but certain results can already be seen,” he said.

In late April, chief of the main operations directorate of the Russian General Staff,Sergei Rudskoi, said that Syria would soon receive new air defense systems and promised that Russian specialists would help the Syrian military to master them. He refrained from details of the systems, saying only that the S-125, Osaand Kvadrat systems used by the Syrian army had been restored and modernized with Russia’s assistance.

In late August, the Russian Defense Ministry warned about a possible provocation plotted in the Syrian Idlib governorate by militants under supervision of British special services. Thus, according to the ministry, militants were planning to simulate the use of chemical weapons against civilians by Syrian government troops to furnish the United States, the United Kingdom and France with a pretext to deliver an airstrike on Syriangovernment and economic facilities.

So, it is becoming increasingly clear that Russia is on the move. In fact, things are getting in the open very fast. Such as the situation in Donetsk after the murder of Alexandr Zakharchenko. As Andrei Babitsky noted from Donetsk–there are no vacancies left in any more or less decent hotels in Donetsk–all occupied by FSB people. This is not to mention some other interesting developments which need to be verified, but it looks like Moscow is moving in big time and openly.

That is why this report, about Russia’s Uragan systems being deployed, as MoD said “just in case”, near Russian and the LDNR border. The message is clear:

There will be no UAF “victory” under any circumstances and it seems that Russia is about to openly (before that it was hidden by a fig leaf) take charge in defense of the republics with all that follows, which is, well… turn on your imagination.

But the funniest, in a good sense, thing is that while the US imposes sanctions on Russia, it continues to buy Russia’s hi-tech products such as rocket engines and now aircraft.

As TASS reports (in Russian) at Gelendzhik exhibition of hydro-aviation, US (Seaplane Global Air Services) and Russia (Beriev Corp.) signed the contract for delivery of 4 of these excellent fire-fighting jets, plus option for 6 more is also envisioned.

It is well known fact that US, especially southern states, suffers from serious forest fires and BE-200s are perfect planes to fight those fires. They already have shown their worth in Portugal, Greece, Spain, Russia, just to name a few countries.